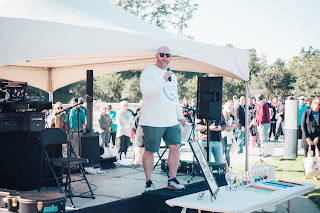 Before I hand the mike over, I want to thank each and every one of you for being here today. Because of you, your loved ones will live on.  On the count of three, I want you to shout out their name loud enough to be heard across the Greater Houston Area, south to Galveston, East to the Sabine River, West to El Paso, North to Amarillo, and straight up to our loved ones in Heaven. Let them know we love them, we are proud of them, and they will never, ever be forgotten.
One!!!!  Two!!!! Three!!!!

Thank you, and may God bless you.

Posted by products4peyton at 3:26 PM No comments:

For My Birthday, I Want One More Day With Peyton

I decided if you're lucky enough to be alive, you should use each birthday to celebrate what your life is about.- Mary Steenburgen 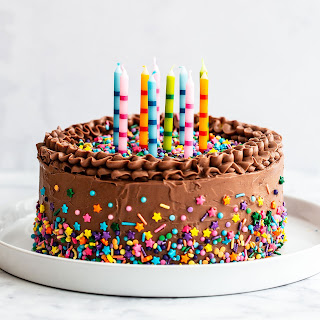 When I was a kid, I was all about my birthday.  It always  meant cake, ice cream, presents, and a party with all of my friends.  As I got older, it was all about milestones from becoming a teenager, getting my license, being able to drink legally (twice), and a deduction on my car insurance.  Since then, it was each passing decade.  I went from my thirties to my forties and onward.  But now things have changed.  Birthdays don't hold the allure for me that they once did. I have actually gotten to the point that I no longer care to celebrate my birthday.

On October 18, 2019, I will turn 54 years old, and the other morning, my wife asked me what I wanted for my birthday.  Please understand this, I am a pain in the butt to buy presents for as I already have food in my belly, clothes on my back, and a roof over my head.  If I want something, I tend to go out and get it, and because my tastes are usually Target cheap, there is nothing too expensive I just have to have that I won't buy for myself. The other reason I am hard to buy for is that the one thing I truly want more than anything else can't be bought in a store, ordered from Amazon, or hand made by an artisan craftsman.  I want one more day with my son Peyton.

On October 8, 2014, Peyton, who was only 13 years old, came home from school and hanged himself in his bedroom at his mother's house in Georgetown, Texas. He was rushed to a local hospital, but because of the severity of his injuries, he had to be taken by helicopter to Dell Children's Hospital in Austin.  Despite the best  efforts of the amazing doctors, nurses, and other staff members, Peyton succumbed to his injuries on October 13th.  Five days later, instead of celebrating my 49th birthday, I found myself in a hotel room in Round Rock preparing for his funeral the next day.  The fact that my birthday now falls just five days after the anniversary of the worst day of my life leaves little call for celebration.

During the time that Peyton was in the hospital, I spent as much time as I could with him a he laid in his bed.  I held his hand and talked to him about how much I loved him.  How I would do anything for him to survive his injuries.  I begged him not to leave me.  I apologized for having put work first too many times, for coming home after he was asleep, for being too tired to play, or for splitting up with his mother. I even offered my life for his, but nothing worked.  The last thing I told him before he was declared brain dead was that Daddy loved him very much.

In the days between Peyton's passing and his funeral, my family and I returned to Houston.  On several occasions I drove over to the local church with a cup of coffee, sat by the prayer fountain and talked to Peyton.  I wanted to know why he had decided to take his life.  What had been the defining moment when he finally decided that taking his own life was the solution to what ever was hurting him so badly, if he was safe, if my mother welcomed him, and if he was finally happy.

In the years since his death, I have talked to Peyton's urn that sits on my dresser, to dragon flies and cardinals, to the night sky, to his memorial stone at the Ronald McDonald House, to his marker at his old school, even to the empty passenger of my vehicle as I drive.  I have even spoken with mediums who said that Peyton was speaking to them, and whether it is real or an elaborate hoax, it is not what  what I want.  I just want one more day.

How would I spend that day with Peyton if the chance ever came?  I would begin it with the longest, most bone crushing hug I can imagine. I would take him to Round Rock Donuts for his favorite snack, and just stare at him in amazement.  I would lose count of how many times I told him how much I loved him and missed him.  Most of all, I would tell him that I understand what he did. How I couldn't even begin to imagine how much pain he was in, how the illness that attacked his brain had convinced him that his mother and I would be better off without him had was wrong.  I would tell him about how many people his death has touched, all the lives he has affected and saved, how I tell his story to strangers in order to help them realize how they matter to some one, even if they don't think so. As exciting as this day would be, sadly, the time would come where I had to say good-bye.  Of course, I would try to switch places with him again.  He could return to the world as a 13 year old boy with his whole life in front of him (I have watched Avengers: Endgame too many times).  If the old switcheroo didn't work, then the day would really have to end.  As gut wrenching as this would be, it is still better than the last time I had to say good-bye.  This time, I would be able to look him in the eye, to make sure he understood me, and feel him return the embrace.

I know that I am not alone in feeling this way.  To me a birthday is just another day to remind me that Peyton is never coming back, and I know I am not alone.  There are so many others out there that feel the same way.  Holidays, birthdays, anniversaries, and angelversaries, even events that our loved one should be attending such as proms, graduations, and first days of school are all painful reminders for us that we would just as soon ignore.  The pain of losing some one unexpectedly, especially a child, is crippling.  The pain is not just emotional, but physical, and functioning in society after such a loss becomes a chore. When you are constantly faced with reminders, it just seems to make things worse.

So if you were to ask me what kind of present I want, or where I want to eat, or if I want to do anything special, please don't think me a cotton headed ninny muggins when I say "nothing" or "nowhere". I do appreciate the thought and the concern, and I am not trying to be rude, inconsiderate, or condescending.   I am trying to spare myself any more pain.  Unless you can give me one more day with Peyton, I'd prefer not to celebrate my birthday.  Thank you.

Pressure Washing, Crying, and The Dance

"How could I have known you'd ever say goodbye"- Garth Brooks, The Dance